A Query plan is a list of instructions that the database needs to follow in order to execute a query on the data.

Below is an example query plan for a given query:

This query plan shows the particular steps taken to execute the given command. It also specifies the expected cost for each section.

The Query Optimizer generates multiple Query Plans for a single query and determines the most efficient plan to run.

There are often many different ways to search a database. Take for example the following database of tools that has five entries. Each entry has a unique ID number and a non-unique name. 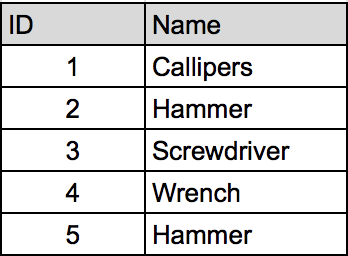 In order to find a particular tool, there are several possible queries that could be run. For example, the query:

Will return the same thing as the query:

These queries will return the same results, but may have different final query plans. The first query will have a query plan that uses a sequential scan. This means that all five rows of the database will be checked to see if the name is screwdriver and, when run, would look like the following table: 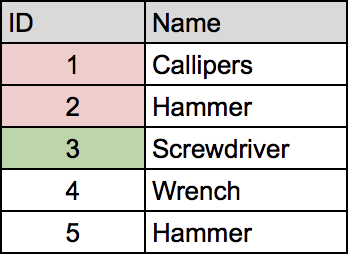 This seek only needs to check three rows in order to return the result unlike a scan which must check the entire database.