Standard indexes on a column can lead to substantial decreases in query execution times as shown in this article on optimizing queries. Multi-column indexes can achieve even greater decreases in query time due to its ability to move through the data quicker.

What is a multicolumn index?

A traditional index on this table would look like this: 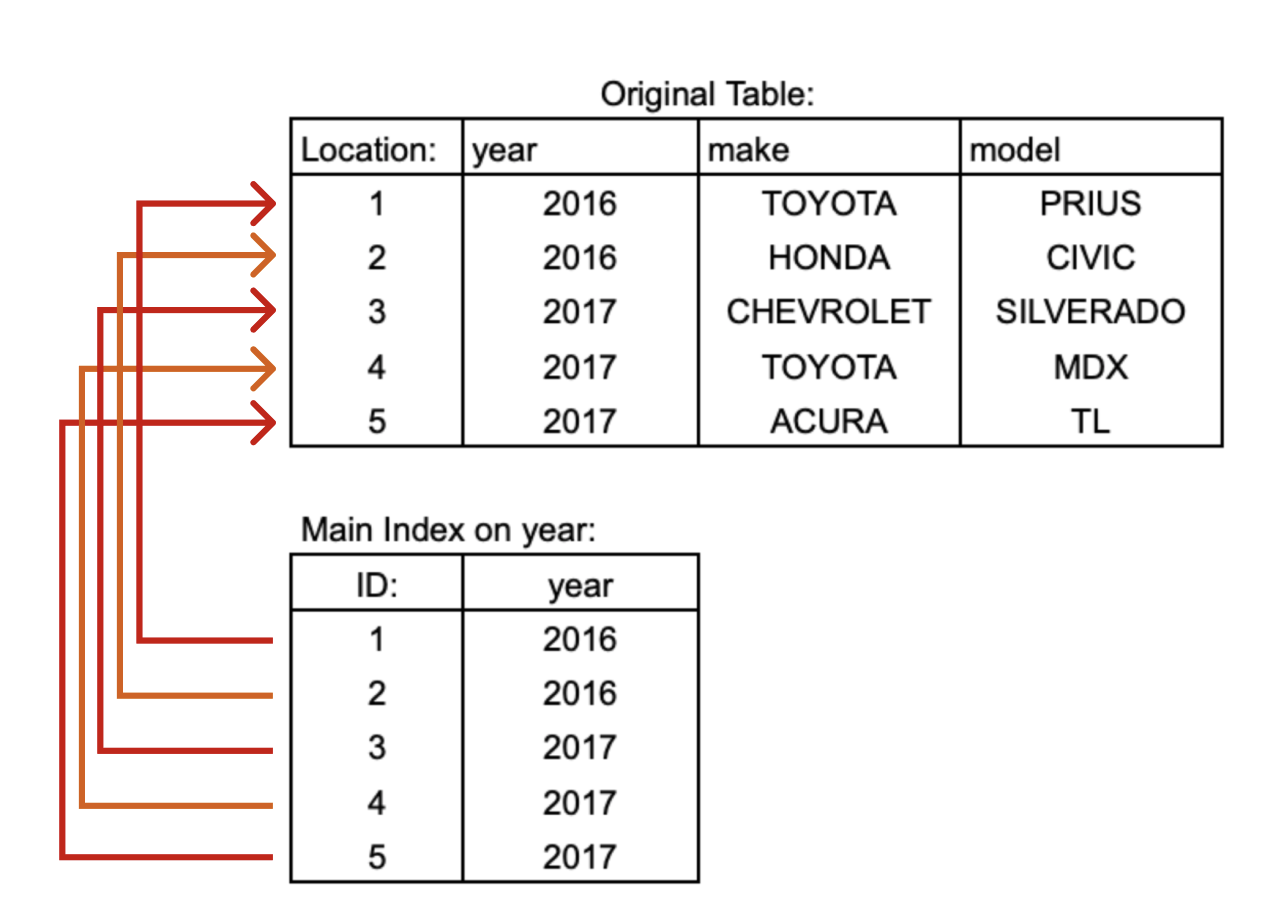 The index points back to the table and is sorted by year. Adding a second column to the index looks like this: 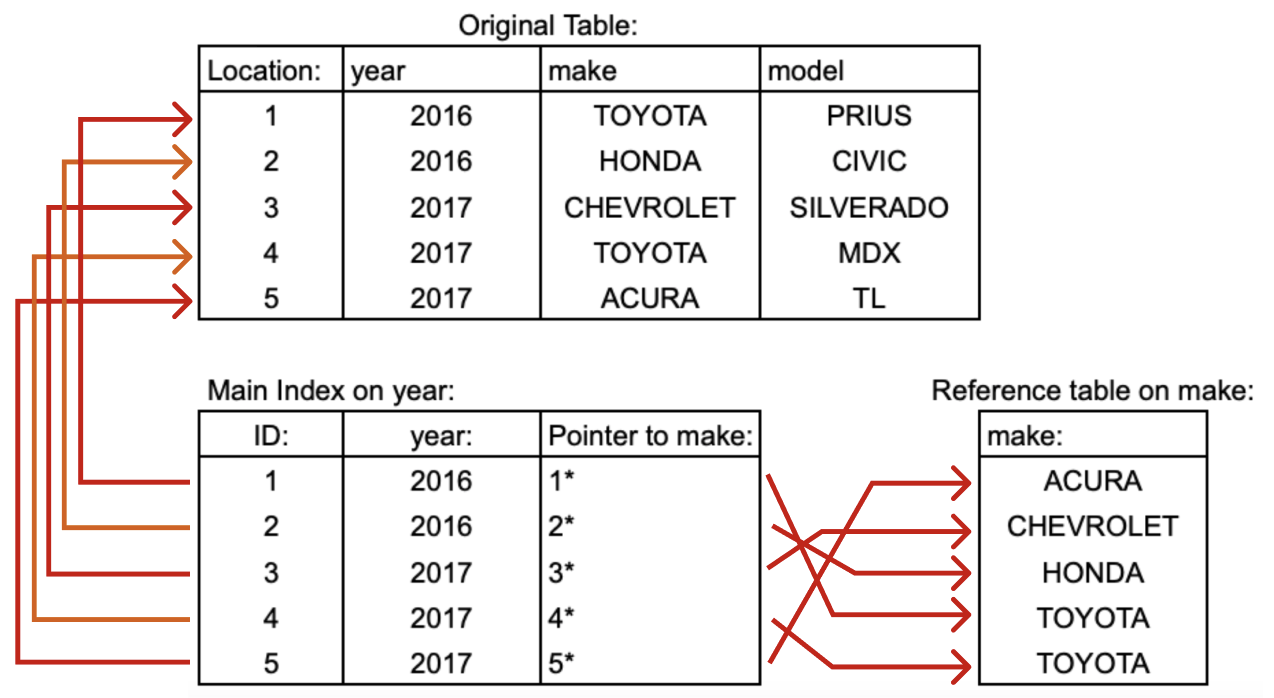 Now the index has pointers to a secondary reference table that is sorted by make. Adding a third column to the index causes the index to look like this:

From these gifs you can see how multicolumn indexes work and how they could be useful, especially on large data sets for improving query speeds and optimizing.

Multicolumn indexes are so useful because, when looking at the performance of a normal index versus a multicolumn index, there is little to no difference when sorting by just the first column. For an example look at the following query plans: 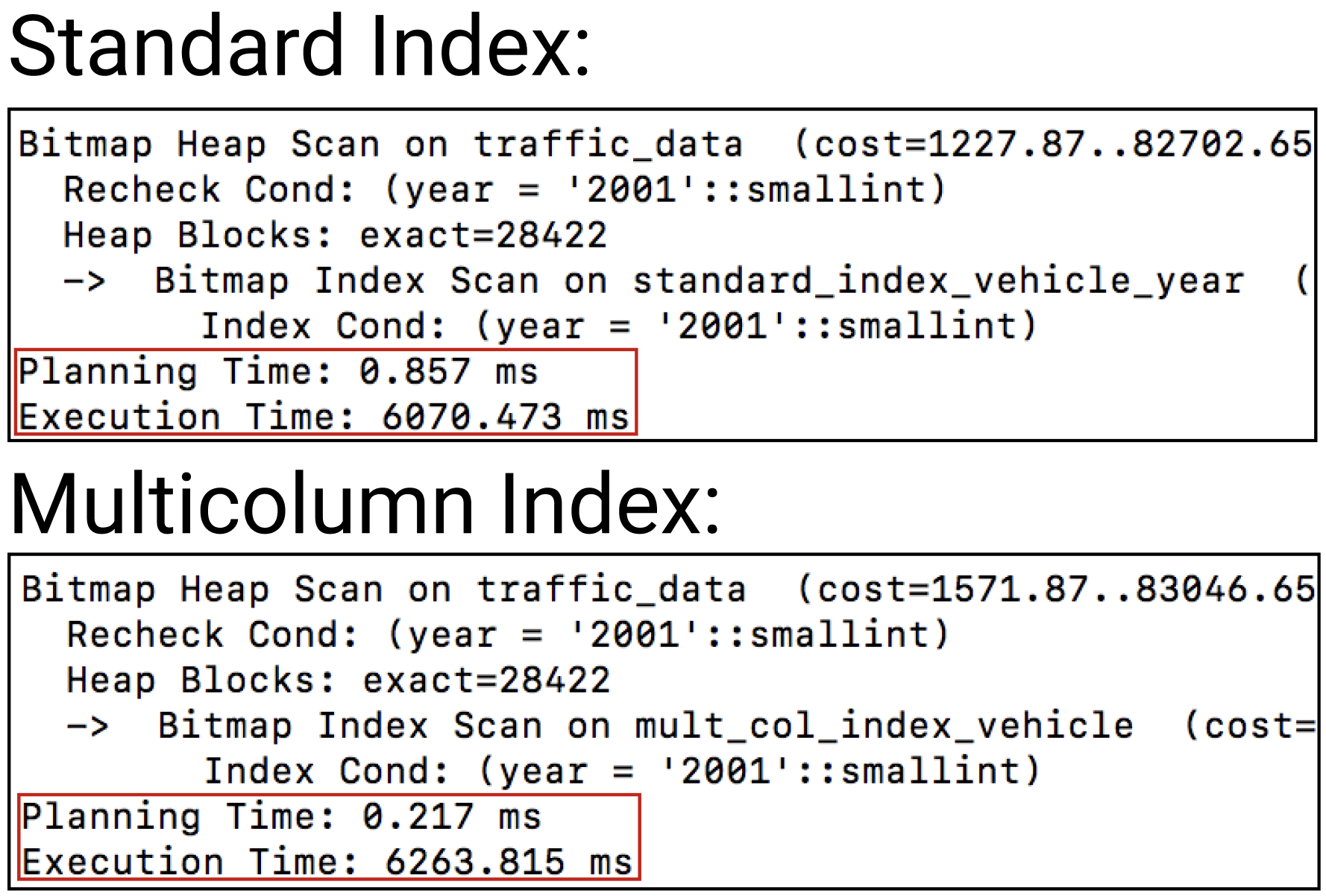 These two query plans show that there is little to no difference in the execution time between the standard and multicolumn indexes.

Multicolumn indexes are very useful, however, when filtering by multiple columns. This can be seen by the following: 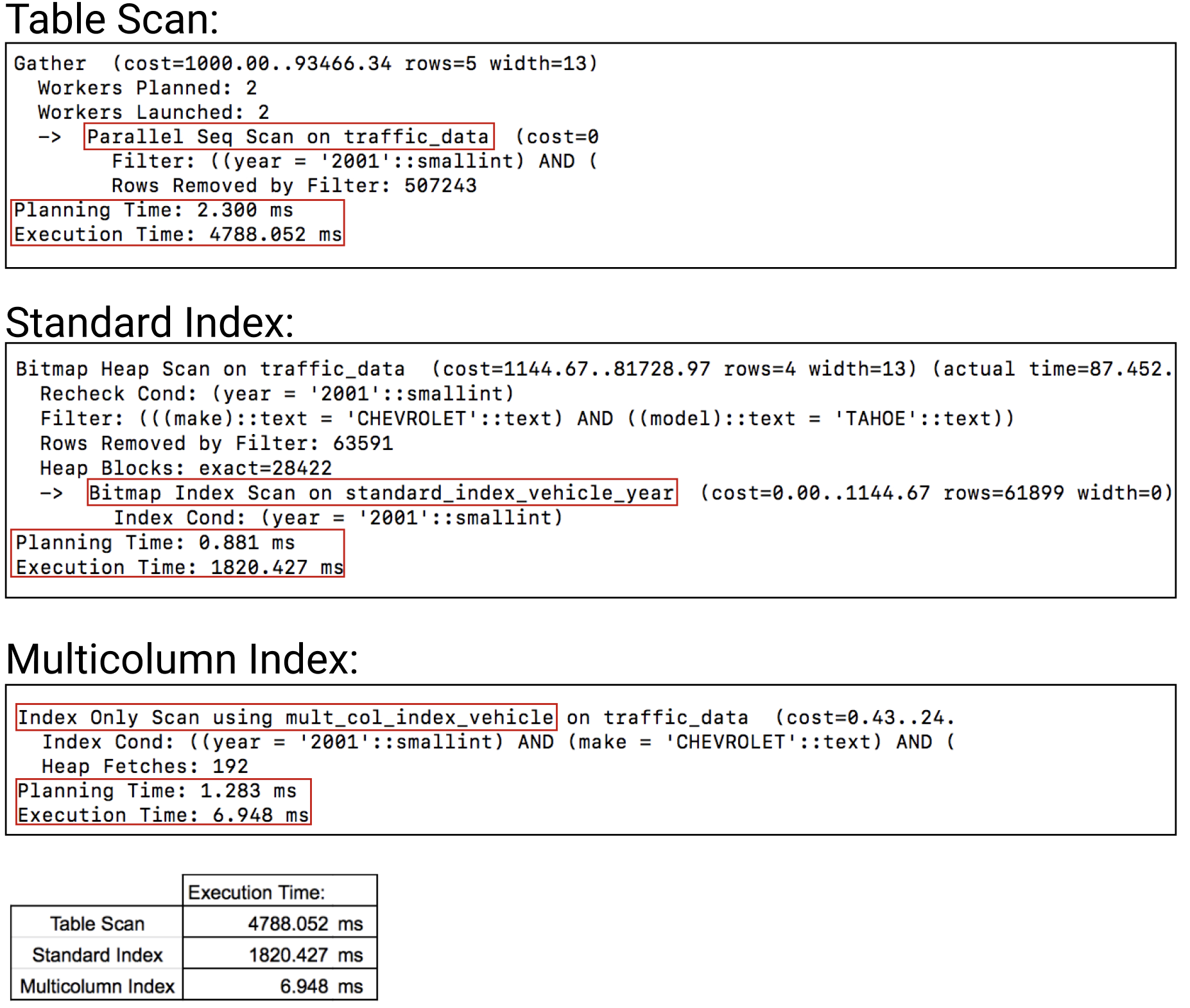 The table above shows the execution times of each index on the given query. It shows clearly that, in the right situation a multicolumn index can be exactly what is needed.

Give Feedback on our Google Doc Next – Start Modeling Data