Outputting query results to a file instead of the terminal allows the data to be saved later analysis. The results can be shared easily and provide a snapshot of the data at the time of the query.

In order to output to a file, several methods can be employed. In this article the \o method of writing to files will be explored. One other method is using either \copy or COPY which are discussed in this article.

\o is a metacommand. This means that it is delimited by a new line in the terminal rather than being part of the query. Simply write the metacommand and then press enter/return to run the command.

Let’s look at an example of \o being used: 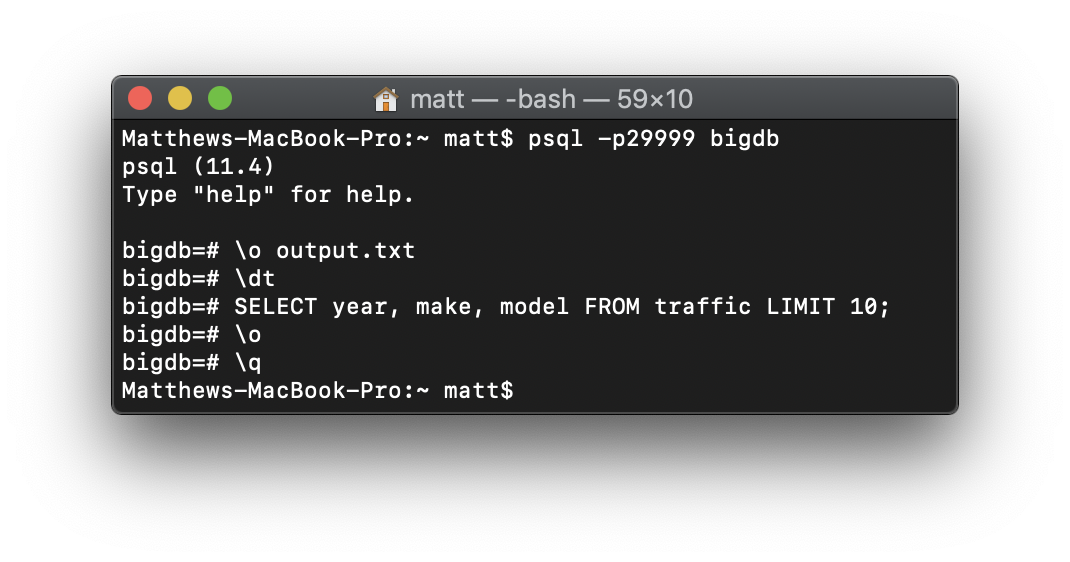 As you can see, the output of \dt and the SELECT query are not shown on the console. This indicates that they are being logged in the file. We can confirm this if we check the file. This can be done manually outside of psql or through psql using the \! meta command: 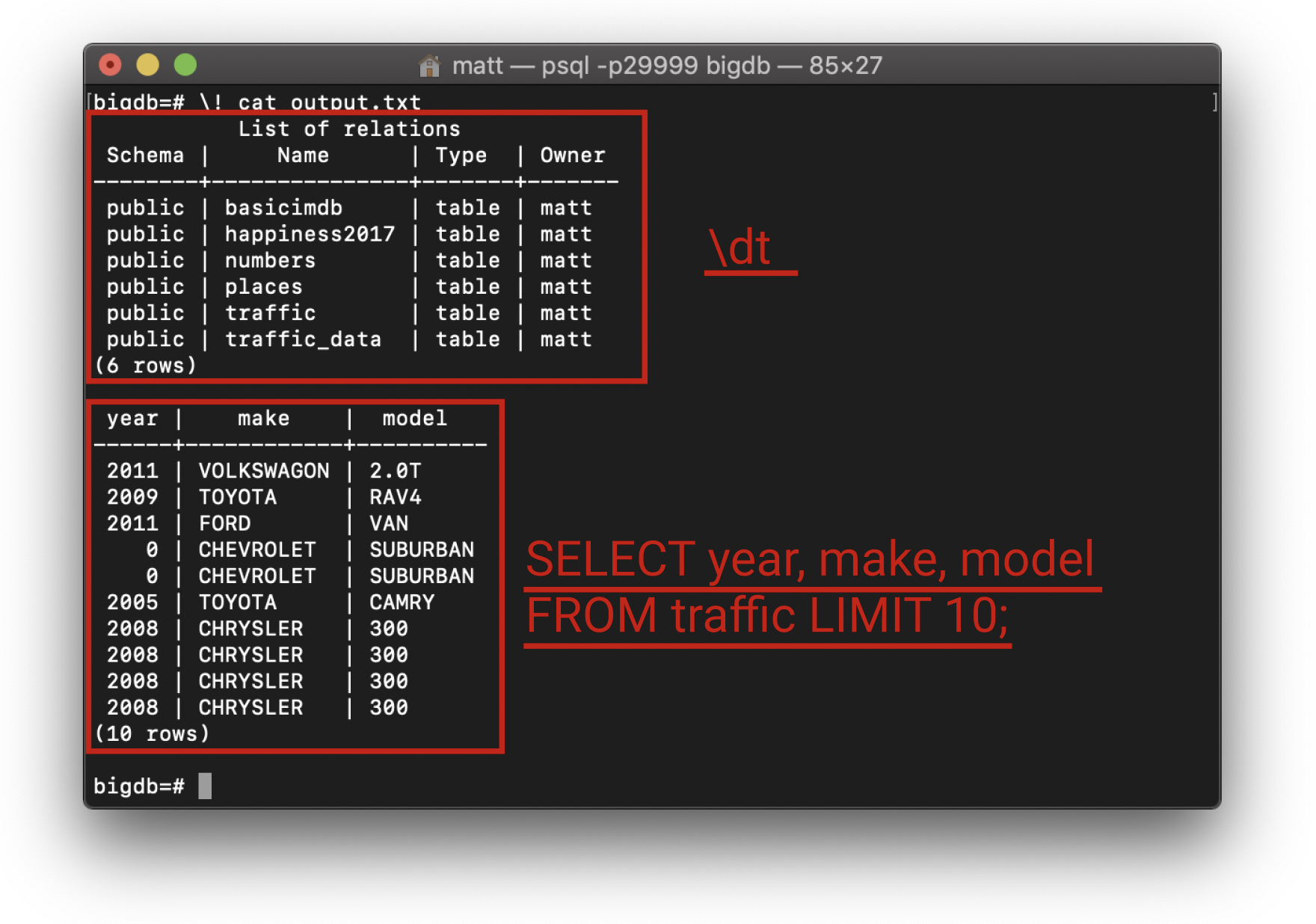 \! allows the user to use terminal commands and see the results without leaving the psql environment. As such, the file contents can be checked quickly using commands like cat which displays the contents of the text file to the screen.