What are Window Functions?

Window functions create a new column based on calculations performed on a subset or “window” of the data. This window starts at the first row on a particular column and increases in size unless you constrain the size of the window.

Here we can see it perform an aggregation of what is in side of the window. The window grows each row and so it aggregates more and more of the data giving you a running aggregation, in this case a running total.

If we constrain the window to be 3 rows tall we can get a 3 day running average.

The window still starts as a single row, then it grows to its fixed size and then the whole window shifts along with it.

Window functions also work on partitioned data (grouped data). It first sorts the data then applies the aggregate function on those groups, putting the result in the new column for each row in that group.

Below, you can see an example of this calculating the total revenue a business makes on the weekend vs the rest of the week.

Let’s look at the first example above if we applied an aggregation instead of a window function to it. 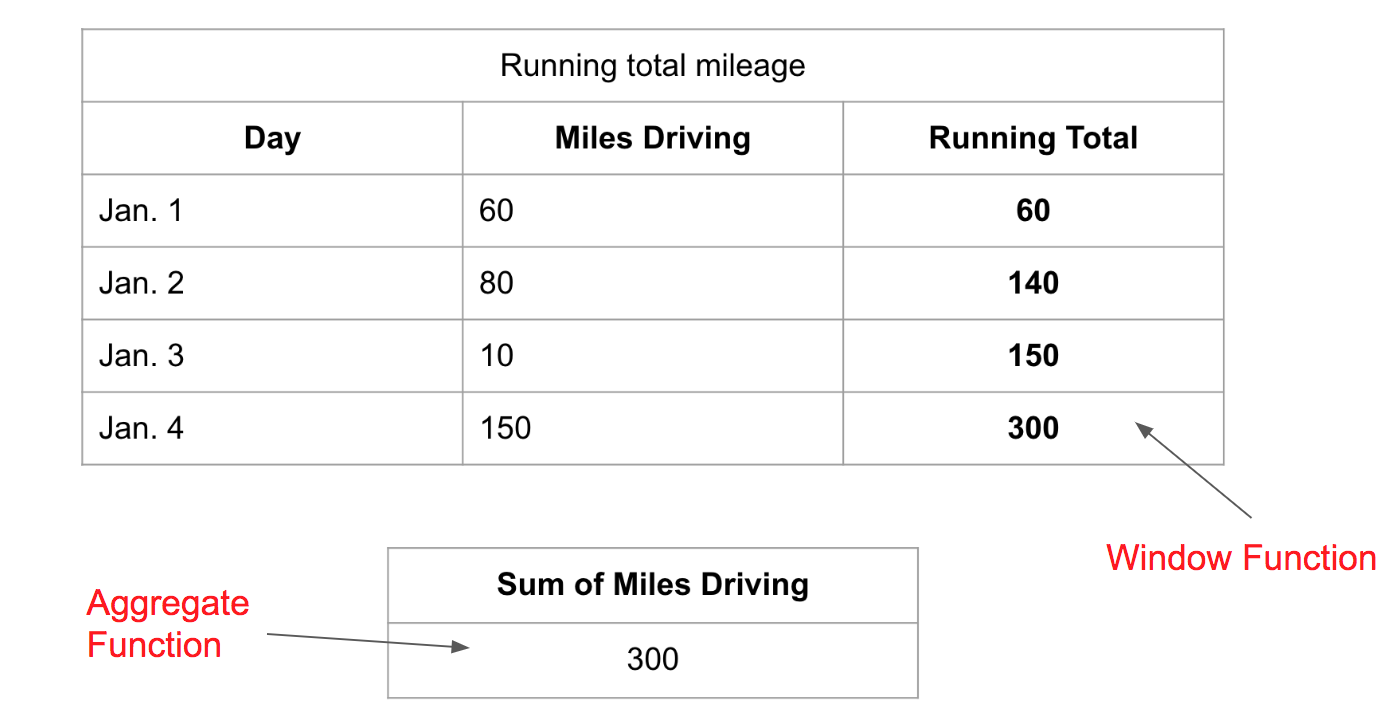 OVER - Indicates the beginning of a Window Function, this causes the results of the aggregation to be added as a column to the output table.

PARTITION BY - Creates groups of data in the table, that the aggregation will be performed on.

ORDER BY - Sorts the data based on the given column.

Now, let’s look at these keywords within a full query.

Going back to the first example the query would look like:

The SUM keyword shows that the query is looking for the SUM of the “Miles Driving” column, shown OVER the whole table, ORDERed BY the date the mileage will occur.

If you wanted to create a column displaying the average song length you can do so like: 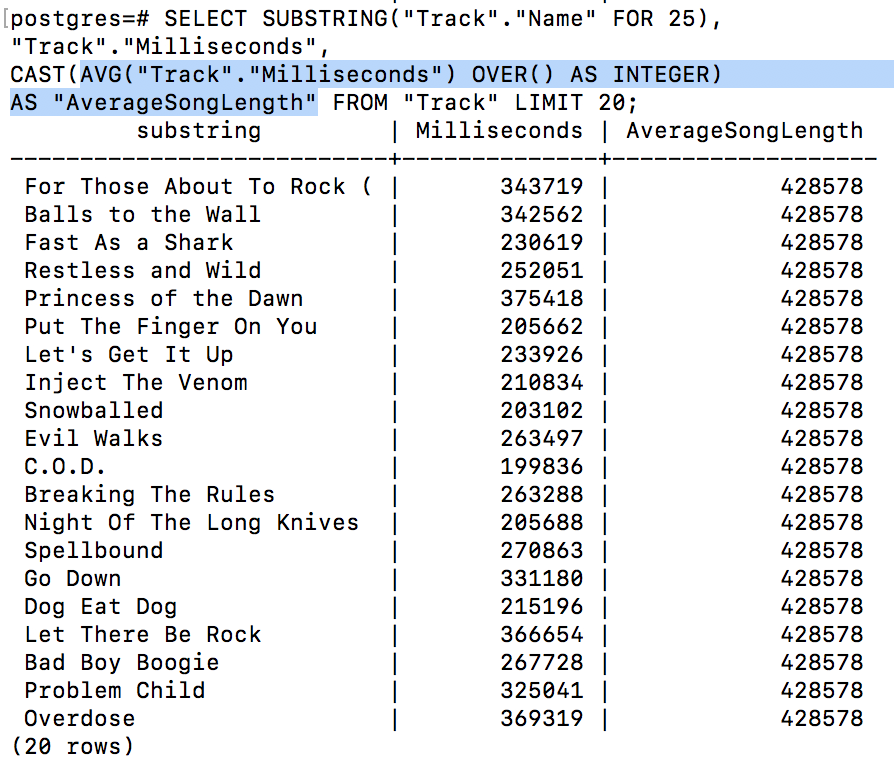 The window can also be given specific size dimensions using the ROWS keyword. You can specify the number or rows you want the window to be with the keywords: 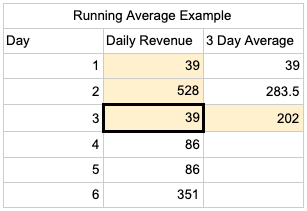 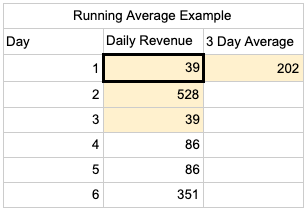 You use one less than the days you would like to average because the query executes the aggregate function of the current row and the number of specified preceding or following rows. This allows you to create moving averages, which are great for showing more general trends in data.

PARTITION BY is used to group the data before performing an aggregate function so that the aggregation runs on each category independently.

If you wanted to compare the average length of a song by the genre of the song, you can run the same query as above just adding the partition:

Traditionally, ORDER BY is called on the whole table(as seen above) and will sort the table by the given column. There are two circumstances ORDER BY can be used in:

If you had the data for the daily steps taken by an individual:

You could begin to find the average number of steps someone has taken in a week to determine their weekly activity levels:

You should notice that, since ORDER BY was used, the AVG function is taken as the “running average”. So the AVG is recalculated in every row.

We could also use PARTITION BY with ORDER BY, implementing a weekend indicator, to separate the weekday running average from weekend running average:

Looking at the data above, you can see that when used with PARTITION BY, ORDER BY still creates a “running average”. Again, note that Window Functions do not return two new rows just displaying the average steps from during the week and on the weekend, the running average is displayed as a new column on the end of the data.